No heat with Big Radiator and Electric fans 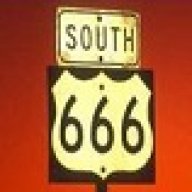 Kinda tough to believe a few degrees change in the coolant temp would make much difference in the heater performance. The rear heater wouldn't work worth crap if that was the case, for us guys with rear heat!

On the 'burb the coolant lines travel through uninsulated pipe from the engine compartment all the way to the back of the truck. I've never measured, but I've often wondered what the coolant temperature is when it reaches the rear heater on a 0F day with a 70MPH highway breeze blowing along those pipes...

@strikk, I would claim the 185F thermo you replaced wasn't working correctly (not closing, engine too cool so poor heat), but I can't prove it. Whatever you did made it better.
Last edited: Feb 1, 2022 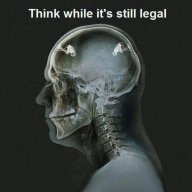 the only reason that sticks out to me as I remember my dad testing and measuring the temp they would open at and replacing it if it was not right.

my dad never replaced parts for the hell of it and I have seen him do this like 100 times.

because of my dad I grew up with a wrench in my hand. he was not a licensed mechanic by any means but he sure was the neighborhood mechanic. he did all kinds of work for beer and to help out anyone that needed it.

thegawd said:
the only reason that sticks put to me as I remember my dad testing and measuring the temp they ot would open at and replacing it if it was not right.

because of my dad I grew up with a wrench in my hand.
Click to expand...

I like that... a guy who would take the time to check that things are working and do something when they aren't

I grew up on a farm, and we had (have) all kinds of equipment to fix / maintain, small engines to 13L diesels. I've learned a lot from that experience. Kinda like yours.

I grew up in a small town where everyone knew everyone and eventually I moved to a hobby farm. those skills he taught me along with all of you guys keeps my trucks and machines running in tip top condition.

My dad had an electric burner and a "shop pot" that he used to test thermostats suspended in the water with a coat hanger. he had a turkey deep fryer type thermometer that clipped on the side of the pot.
1

Not necessarily. If it’s the wrong temp rating it will open too soon and the coolant will actually never really get hot enough. The bad thing is that if it stays too cool the vehicle will stay in open loop and dump fuel running rich trying to get the engine to operating temps. Yeah you’ll have “more power” due to the additional fuel introduced but you’re not talking anything that will be astronomical.
Lower temp thermostats have their place. Unfortunately they usually find their way on otherwise stock trucks installed by uneducated owners

I agree and that's exactly my understanding. When do you think a lower thermostat is a good idea? is it in extremely hot, desert like environments like Arizona?

thegawd said:
When do you think a lower thermostat is a good idea?
Click to expand...

If the engine overheats with a 195 thermostat, and it's not because the thermostat is faulty, it'll overheat with a lower-temp thermostat. The issue is that the engine can't shed heat as fast as it's being produced, and the 195 is already wide-open. Therefore, a 160 would be just as wide open, just at a lower temp. With less difference between engine coolant temp, and ambient temp--there's even less heat transfer. So the temp continues to creep up until it reaches equilibrium, or the driver gets scared and shuts off the engine, or the engine seizes.

Semi-trucks and buses have enormous radiators--the vehicle is intended to run with the throttle pinned to the floor for potentially hours on end. The radiator is sized to handle WFO operation. Passenger cars and light trucks have relatively small radiators for the horsepower the engine can make, the radiator is sized to handle part-throttle operation. WFO operation results in temperature climb--short bursts are fine because of the mass of the engine and cooling system. Extended heavy-throttle operation leaves the cooling system woefully under-capacity. And this WORKS for just about all cars and light trucks--until something goes wrong.

thanks for that explanation Schurkey. I truly appreciate it man.

The problem with lowering coolant temp is that the cylinder walls really should stay fully-hot for minimum friction; the benefits of more-dense intake air/fuel are better-accomplished by insulating the intake system including the ports (thermal barrier coatings to reduce heat transfer from the metal to the intake air, for example); and lower combustion chamber temperature removes more heat from the burning mixture resulting in lower cylinder pressure. So the "real" benefit is improved detonation resistance. There's other ways to improve detonation resistance, too.

I think there's been some research done with dual cooling systems--one for the block (kept "hot") and another for the cylinder heads (kept cooler). But that's WAY beyond what makes sense for daily-driver pickup trucks and SUVs. Harley, for example has air-cooled cylinders and water-cooled heads. Porsche did the same.

what incredible engineering with very tight tolerances. like holy shìt are the lug nuts ever tight! it makes you almost think that they are cross threaded and you need to use a ratchet to put them on.

Simple, yet very well engineered.
Last edited: Feb 7, 2022
You must log in or register to reply here.