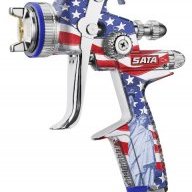 I'm curious as well, I've looked at rally tops. Pics, at least thoughts on it? 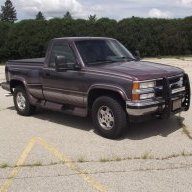 It was pretty good on fitment just had some human error myself putting it on. Might have accidentally scratched the bed in some spots. (Getting those fixed and painted while the tonneau is at the shop too) I also decided not to use the sheet metal screws they give you because they would probably rip out. I mean they were half the size of the rivetnut inserts I put in. Those things are amazing unless you managed to strip one or two on them getting mad then removing them is a pain. (They can be fixed by drilling one size bigger then putting a new one) Btw the sport side one looks similar to *******’s Truck Lids that we’re advertised on CarID but have 2 locks and a slight upward fin in the back. It also fits over the tail gate keeping your taillights secure. They also give a clear printout on their website with “clear” directions. The only step which I didn’t follow is to drill a hole for fitment. (Trust me when you see it in writing it sounds stupid) I would also flip the shock bracket upward so it can sit flush with the bed because the other way around it doesn’t work like in the directions. Finally I would be careful where you drill the holes for the lock plates. On mine one of the holes went into the corner of the stake pocket hole so it was slightly bigger.