thegawd said:
you are a hard person to understand Eric.

Southpark is one of the most offensive shows I have ever watched.

do you find all these words offensive?

You should know that we home school our kids and proper English and terminology is extremely important. they have been homeschooled for 8 year now. that is irrelevant but I am far from childish. and I do take offense to the way you perceive me as an individual and seem think I'm some sort of pervert.

Again, it's not the words that make them inappropriate, it's the context in which they are used.
Click to expand...

Sorry if you think I was accusing you of anything. I tagged you on page 3 as a joke, because you'd already referenced Beavis and Butthead. I try to be polite and watch my language, but I still enjoy B&B and South Park. I come from the George Carlin school of thought when it comes to language - it only offends you if you choose to be offended by it. Still, people will judge your character by how you speak, so in polite company I watch my mouth.

thanks for clearing that up Erik.

In another post I used the term "s n a t c h something out of the back". How are guys with winches supposed to talk about using a s n a t c h-block?
W

Is o r a l a problem? "The transmission builder didn't give me a written guarantee, just a promise, but in my state an **** agreement is legally binding." 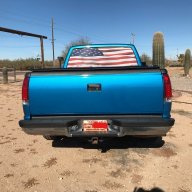 From another thread: Clearly "Hook er" needs to be un-blocked, as the formal name of a major automotive header manufacturer.

Looking for any 454ss guys with first hand experience with long tube headers and ground clearance. I've been running 1 7/8 ****** super comps circa 1993 and they have worked well until I decided to go with a 4-6 drop. #7 tube on driver side is now a problem. I'm going to check if the one tube...

It would be easier to delete the list and add the 3-5 actual curse words.