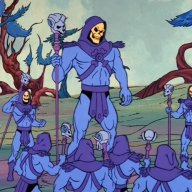 I acquired a new project, a 1993 GMC Sierra, this truck used to be something cool back in the day. It is a Tiara Motor Coach conversion truck, sadly most of the parts from that conversion are gone.

Wanted to get a square body, but I came across this truck. I like stepsides way too much lol.

I don't know too much about how this truck was optioned, the dash has been swapped and has the wrong RPO codes in the glove box. What I do know about this truck is the previous owner didn't do much with it since he bought it last year (it sat mostly), and that he bought from a guy who had it since 98 I believe. The guy who had it for all those years was "restoring/repairing" it before parking it in 2019. I knew it needed some TLC when I bought it, but it turned out to be a whole 'nother can of worms. It runs and drives strong and the body is pretty solid but the bed needs some help. The interior is where the fun begins, it is many different colors but that's easy enough to fix. It used to be all grey from what I can tell.

The fun starts with the wiring, it was pretty bad. When the dash was swapped wires were cut and some things were re-wired poorly or not at all. I noticed this when I popped the glove box out, the speaker was wired funny so I pulled the head unit out, then I got to see the wiring nightmare that had taken place. The wiring was like an onion, many stinky layers. Had to pull the dash to fix all of it. There were wire-taps with wires going everywhere, random things wired into into the bulkhead connector. Cut up extension cords were used in a lot of places, and the head unit was wired so bizarrely (going to try and describe it). Instead of using an adapter to wire it in like you normally would, the plugs were still in the stock amp with splices running from it to the head unit, then the speakers had speaker wire running straight into the head unit and tied into the stock amp wires. There was a sub wired in with cut up extension cords running off the wires for the rear speakers. None of the speakers worked, would you believe that?

I fixed all the stereo wiring and re-used most of the stock wires. Cut out all the misc BS and re-wired/repaired what needed it. For extra fun there were a few hot wires chilling under the dash for no reason. The dash speakers are blown and the head unit is a little funk but stuff like that I expected, the pillar speakers are perfectly fine.

Pulling the dash was pretty easy since it was hardly screwed in, found all the missing screws in the center console. The dash itself is in nice shape, no major cracks but is missing some of the defrost vent slats. A lot of the interior trim is held in with wood screws so they needs to be replaced but they're serviceable for the time being.

Now the seats, they are pretty uncomfortable and not bolted in. Went to the junkyard and picked up some seats and a center console out of 95+ trucks, they don't match but were cheap and the leather one is recovered so I can live with it.

Mechanically the truck is pretty good, has been sitting for 2 years~ but nothing really sticks out there. Suspension wise the truck is shot, needs everything in the front end minus springs, the rear needs new shocks and a set of stock shackles. Body wise the hood is toast, the stepside needs some repairs and the paint is terrible. The clear is burnt off the top and the rest has more orange peel than an orange orchard. After I get the suspension ironed out then it'll be bodywork time. It's going to get rattle canned black, I've had too many maroon trucks.

On the topic of paint this truck used to be Hawaiian Orchid Metallic, never seen another 400 in that color.

My budget is tight for this project currently, but when I can afford it, it is going back to the original color, I love it.

My plans for this truck is: fix the suspension and whatever mechanical issues come up, new speakers/head unit, put a 4" lift on, start on the bodywork and make it my DD. Going to re-use a lot of parts I have floating around, so if you've seen my other threads some things will look familiar.

Named the truck Abigail because it's a little sh*t. Abigail was one of the kids who accused their neighbor of being a witch, which started the Salem witch trials. The name fits her pretty well lol.

Still wating on the albatross (burb) to sell, once that does I can start buying parts the truck needs.

I'll end the introduction with this picture, sums up the truck in its current state well.

You must be registered for see images attach
Last edited: Apr 16, 2021 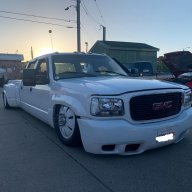 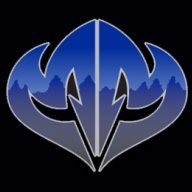 My dad bought brand new a Tiara Motor Coach version, and was a really light powder blue. It was a nice GMT400, but the color on his, and it actually having vinyl decals on the doors, that said Tiara, if I remember correct. Came off kind of girly, but he liked it. 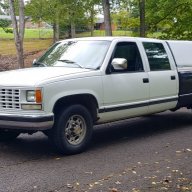 All I need is the VIN to get you the rpo codes...
Won't say anything about conversion stuff, but will say how it left the assembly line.

1ton-o-fun said:
All I need is the VIN to get you the rpo codes...
Won't say anything about conversion stuff, but will say how it left the assembly line.
Click to expand...

Thanks! sent you a PM with the VIN

My dad bought brand new a Tiara Motor Coach version, and was a really light powder blue. It was a nice GMT400, but the color on his, and it actually having vinyl decals on the doors, that said Tiara, if I remember correct. Came off kind of girly, but he liked it.
Click to expand...

Interesting combo, don't think I've seen one with Tiara decals on it before.
R 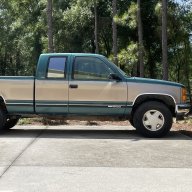 Nice !
Are those cans of cat food on the dash ?

BonestockK1500 said:
Nice !
Are those cans of cat food on the dash ?
Click to expand... 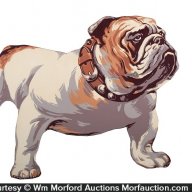 Gotta say... strange that you find those seats uncomfortable. Of course I think they look off in that truck and the definitely needed to come out, especially since they aren't bolted in. But I love those seats in my Laramie...
Last edited: Apr 16, 2021
You must log in or register to reply here.