Erik the Awful said:
Schurkey, if you don't like Fords, just say it. The 8.8" is a perfectly good option, and is comparable in weight to a 10 bolt while being about as strong as a 12 bolt.
Click to expand...

That said, not every part of every Ford needs to be immediately crushed. I have some respect for the Nine Inch, and I'll admit to jealousy over their aftermarket support.

The issue is that I don't even begin to understand why someone would custom-build a Nine Inch, or play games with an 8.8", when a carefully-selected Treasure Yard 9.5" semi-float drops right in to this vehicle like it was made to do so; has bigger/better brakes; and CAREFULLY SELECTED, may even have an acceptable gear ratio, leaving only the locking differential, some axle seals, and brake repair items as additional required parts.

I don't think the weights you have listed are accurate. But I can't find axle weights, so I have no evidence.

The 8.5" ring gear "10 bolt" is about the same strength as a Dana 44. (I say it's a fine small-block passenger-car axle, but not much of a truck axle. These, and anything smaller, have no damn business on a modern full-size truck.

"12-bolt" 8 7/8 ring gear axles were stronger in cars than in trucks due to the larger pinion diameter in the car axles. The truck 12-bolt got the same weak pinion diameter as the old 8.2" passenger car axle. OTOH, the car axle tubes were thinner than the truck tubes. (Torque, vs. load-carrying) 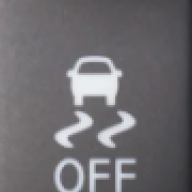 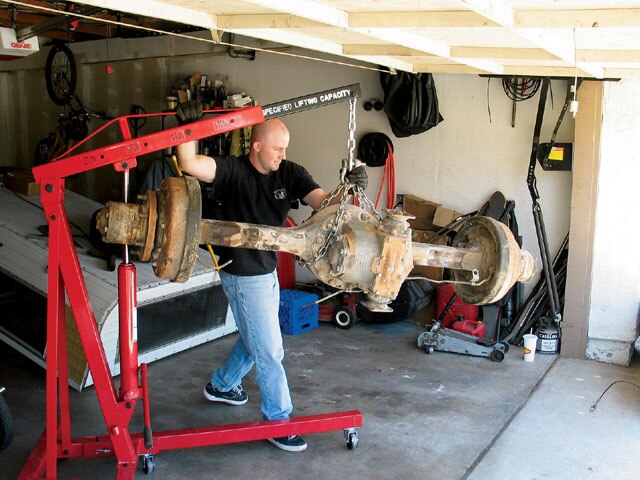 Check out the strength of the entire axle assembly in stock including gears, housings, axleshafts, and so on. We also added some tips on what to watch out for and keep in mind.

The 14ff is the king of the hill for rears. Even Ford and Dodge guys use em. Detroits are dirt cheap. At least used to be. Certain models of the Dana 70 are a touch stronger, but not nearly as common as the 14ff. Semi float 14b is not nearly as strong as a Dana 60. Not even the rears from Dodge or Ford with 30 spline axles, or even earlier ones with 16 spline. The biggest issue with the 14sf is the carrier, put a Detroit in n prolly be ok. 10 bolt and Dana 44 fronts are virtually the same axle. The later years of the front 10 bolts might be slightly stronger with the 30 spline, they were full diameter, didn't neck down the 44s do. It's hard to beat a 9" for a car or truck. They are strong in stock form. I'd rather run one of those than a 14sf. Forget finding a 14sf 5 lug, 454SS ONLY. 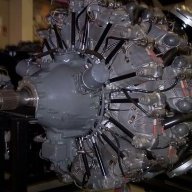 A couple of issues i see with with your theory's and formulations. 1. You should stay within his intended parameters. 2. A basic 8" Ford and basic 14 bolt. Which stronger? Under what conditions? Static loading ? Which breaks first? Under full load pull which spits the ring gear out first? With max static load under full power maximum pulling load. Who wins? With enough dollars and upgraded or custom parts you can determine whatever outcome you desire. It comes down to what does he want and what are his resources? I would opt for 14 bolt 9.5. Advantages are finding a 5 bolt or converting a 6 bolt. Why? He stated he worked a machine shop. Boom! Keeping all GM is a plus. Any small machining modifications are a breeze. 5 bolt axles are easily available. In any future modification removing and reinstalling the old rear axle set easy day. Keeping the 9.5 for other future project. Those conditions, set the 9.5 as a better, more economical choice. If at later date and intend full bore race like truck. Build up the Ford. Just a thought. Good luck, have fun!

Schurkey said:
I don't think the weights you have listed are accurate. But I can't find axle weights, so I have no evidence.
Click to expand...

I know the weights I have aren't completely accurate. I don't have examples of each of these to weigh, but I don't think they're incredibly far off.

Still, if Brad is planning on a 9000 rpm motor, anything heavier than a 12 bolt should be out of the question. I mean, we could throw the Rockwell on the list and blow everything else out of the water, but those basturds are 700 lbs. Good thing they have 6.72:1 ratios, because you're going to have that engine screaming to not get anywhere fast.
N

Crankshaft Brad said:
When you say, “without the hubs sticking out on the center” do you mean a flat axle bolt flange?
Click to expand...

No, he means a semi-float axle.

And OP is completely allowed to put a 9000 RPM engine in a truck with a Camper Special axle. Because "Death Race 2000" had a Ram Dually that would decimate the competition.
And somehow, it can keep up with a Mustang GT...
Last edited: Oct 13, 2021